John’s Gospel: Reflections on Chapter 9, Part 1 (Why the Pharisees did not believe) 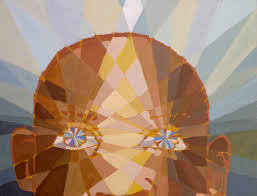 Chapter 9 is another comedic chapter. Rather than Jesus’ debating the Jewish religious leaders, this dialog falls to a blind man.

Jesus lets his case be argued by a man who’d never seen a Torah scroll, who’d never read the holy text in the synagogue, and who was considered an “utter” sinner by friends, families, and rulers alike.

Why heal this man out of the thousands of blind men in Judea? Because this man saw better than most. Indeed, his lack of formal schooling in the theology of the day allowed him to see far better than leaders.

It’s just hilarious how the dialog forces the Pharisees to confront uncomfortable facts. They reacted just we do today — through denial, rationalization, half truths, slander — anything other than yielding to the Truth revealed by the facts. People haven’t changed that much.

Why not? Why would the Pharisees be so obstinate? Well, it’s about power, and reputation, and influence. They were big shots in Jerusalem. This is well evidenced by the fact that the blind man’s family asked for their counsel to explain what had happened, and because they could compel the man’s own synagogue to excommunicate or disfellowship him. In that world, that was serious power.

Now, in the larger Roman world, the Pharisees were powerless, very much under the heel of Roman might. But in their own small part of the world, they were big shots, and they liked it.

Why not believe in Jesus? Well, he healed on the Sabbath and came from Galilee, John explains. Why didn’t they inquire about his true origins, his birth in Bethlehem. Well, they already knew he’d healed on the Sabbath, and to their thinking, that was enough to plainly prove that he was no prophet, much less the Messiah. Why waste their time on such a man?

And as it turns out, keeping to their old theology allowed them to keep the privileges of their rank. Why change? They had a good gig. And so they lacked motivation to change. They’d constructed this nice, neat world in which they became the center of their bit of the universe, and they weren’t going to give it up easily.

Who does it sound like today? Well, us. Right? We do the same thing. We deny obvious facts, such as the presence of the Spirit in those who worship God in other denominations, in order to preserve our preaching jobs, deaconships, and social circles. We teach using their Sunday school materials, read their books, and study their translations, and yet call them enemies of God, even children of wrath, on Sunday mornings.

We, like the Pharisees, are careful not to step on toes, even when we see the error in our churches, because, well, we have a good gig and don’t want to give it up.

The blind man had a huge advantage over the Pharisees and over us. He was a beggar. He had nothing to lose. Indeed, by having been outside the conventional circles, he saw the hypocrites for their hypocrisy. He could see their hearts better than they, and so he refused to treat them with the deference they thought their position demanded. And this made the Pharisees livid.

Notice how little either the blind man or Jesus seems to care about the excommunication. The man did not resent having been expelled. He didn’t blame Jesus. He didn’t get angry at God. Rather, he responded to his persecution with worship! And in worshiping Jesus, he broke nearly every “command” the Pharisees stood for. He saw through the rules to the reality.

Jesus could have made his life much simpler by waiting for Sunday to heal him, but he was wise enough to know his priorities. The persecution was nothing because Jesus is everything!

Think about it. This man had been born blind and therefore destined to a life of being despised as someone who had deserved his fate — due to sins committed in the womb! Now, praise God, he was healed.

He could learn a trade. Support himself. Marry. Maybe even become a scholar of the Torah. Whatever opportunities First Century Jerusalem offered to him, he finally had.

And within days, because he defended Jesus by saying what was obvious — that he’d been healed — he’d been cast out of the synagogue. He was surely banned from eating with the local Jews. He would learn no trade. He would not be able to support himself. He would not marry. And he couldn’t even enter the synagogue to finally see and read Torah.

How did he react? He worshiped Jesus. He prostrated himself. He knelt at the feet of the Messiah. It cost him everything the world has to offer, and yet he worshiped — because he understood the facts all too well to do anything else.