We’ve covered instrumental music countless times on this blog, and long-time readers may well be tired of the question. But Col 3:16 is next up for the class I’m teaching, and  this will be a lesson taught in just for one week — if possible. So I have to address the question succinctly.

Let’s see. There are really only about three arguments against the instrument:

1. The meaning of psallo

2. The evidence of early, uninspired Christians

3. The lack of biblical authority

Now this is not really a good argument because it’s only a rebuttal. Those who support instrumental music often argue that psallo means “to sing with an instrument,” and the a cappella advocates disagree. But even the most strident a cappella advocates don’t argue that psallo means “sing a cappella.” Therefore, the argument is at best a rebuttal and does not to prove the case. We’ll not spend much time on this one.

There have been several books written on this one, going in both directions. The response to all of them is simple enough: the evidence is inadmissible. Now, I’m not saying we should never study the Patristics, but I am saying you can’t base a doctrine on uninspired writings. If you can’t prove your case from the scriptures, you have no case. It’s not enough to raise a possibility from the scriptures and then secure the case from history. The scriptures must be themselves sufficient to establish the case. Period. That is, unless you want to adopt the Catholic or Orthodox view that church tradition carries the weight of inspiration. But Protestants reject that view.

The famous Reformation slogan sola scriptura (the scriptures only) was a rejection of the authority of uninspired sources and a plea to return to the text of the scriptures only. The Restoration Movement reframed that slogan as “We speak where the Bible speaks, and we are silent where the Bible is silent.” Now, some argue that Thomas Campbell meant that silences prohibit conduct, which is not true in general, but even the most conservative among us would agree that the slogan includes the notion that we may not bind anything that’s not found in scripture.

Therefore, while we could have (and have had) excellent discussions regarding what the Church Fathers really wrote, their evidence is inadmissible and certainly may not be used to establish what some wrongly consider a salvation issue. When we start damning others because of what Justin Martyr or Thomas Aquinas wrote, we violate our core principles as Protestants and as part of the Restoration Movement.

Now, this brings us to the real argument — that scriptural silences should be interpreted as prohibitions. The traditional argument begins with —

* Silences are either permissions or prohibitions. If all silences are permissions, then we could teach that Mary was immaculately conceived and add fried chicken to the Lord’s Supper. As this is obviously wrong, we must consider the silences prohibitions.

You have just seen a classic example of the “false dichotomy,” that is, an argument that proceeds by a false choice between two positions when there are in fact other choices. It may well be that some silences are prohibitions and some are not. It may be that we aren’t supposed to do theology by searching out silences but rather build theology on what God said. 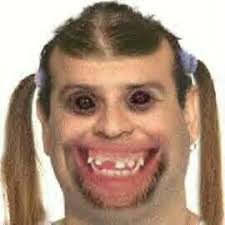 You see, by this same logic, you can prove that all churches must be painted green, which is silly and shows how very wrong this approach to doctrine is. More simply, you can argue that girls are either pretty or ugly. As I can show an example of an ugly girl, obviously they aren’t all pretty and so they must all be ugly. No. Some are ugly and some are pretty. And it’s entirely possible that some silences are prohibitions and some are permissions.

There are those who cite a multitude of Bible verses to show that authority in worship is essential. I don’t have time to cover them all here, and they’ve all been covered in prior posts. Suffice to say that we have authority to worship God.

Now, who is to say that each kind of worship must be specifically authorized? If worship in general is authorized, where does the Bible say that each “act of worship” has to have authority? You can argue for months on end that authority is required, but who says that the general authority to worship isn’t good enough?

But, someone might argue, there are specific examples of evangelical methods: teaching in synagogues, personal Bible study, and discourse among philosophers on Mars Hill. If these are specifically approved, shouldn’t we limit ourselves to these specific methods? Shouldn’t we try to be safe? How dare we be so arrogant as to assume our judgment about how to seek and save the lost is better than God’s?

Well, that’s just a silly argument and we’ve rejected it. In fact, it’s not even been seriously considered. Times have changed! Even the most conservative of our churches has no problem with direct mail (although they might insist on private funds rather than congregational funds. Really.) But mail existed in Roman times, and we have no scriptural evidence of a direct mail campaign. Still, it’s a silly argument.

And God wants to be worshipped. And he wants us to use our God-given common sense to decide how to fulfill the general authority to worship God. There simply is no list of rules on how to do it, and therefore there is nothing either on or off the list. Of course, we could worship stupidly, just as we’ve proven ourselves capable of evangelizing stupidly, and that’s why God gives grace.

One last point. The Puritans argued — and we adopted their arguments — that worship is somehow so important to God that he regulates worship more strictly than evangelism. But that doesn’t really make sense. Consider the Parable of Good Samaritan. Ray Vander Laan points out that the priest and Levite who walked past the beaten man were trying to preserve their ceremonial cleanliness so they could participate in their jobs at the temple. To touch a dead man made one unclean, and so priests and Levites were told not to touch a man near death, to avoid the risk the man might die while being touched.

You see, they followed the rabbinic school of Shammai who taught that “Love the Lord thy God” was the greatest command, and this meant that the rules for worship are more important than “love thy neighbor.” It was concluded that a priest should let a man die rather than risk losing the opportunity to worship.

Rabbi Hillel taught that “love they neighbor” was more important, but wouldn’t consider a Samaritan a “neighbor.”

The point of Jesus’ parable is that “love thy neighbor” is how we express our love for God. God saved us so we’ll be like him in how we love others. Jesus’ life shows us who God is, and we find Jesus actively caring for and loving others. But the Gospels all emphasize his teaching the gospel, not his synagogue worship. He certainly obeyed the commands to worship, but the gospels teach us about his compassion for others.

If we see worship as more important than anything else, we are followers of rabbi Shammai and not rabbi Jesus. It’s not right and not our place to decide that God is more about worship than evangelism, and yet our hermeneutics often assume that worship must be treated with special rules that don’t apply more generally. Now, some preachers are happy to argue that their rules of silence apply to more than worship, but study their teachings carefully, and you’ll find they apply the rules more strictly to worship than anything else — all based on the false assumption that Sunday, congregational worship is the most important thing. It’s not.

My name is Jay Guin, and I’m a retired elder. I wrote The Holy Spirit and Revolutionary Grace about 18 years ago. I’ve spoken at the Pepperdine, Lipscomb, ACU, Harding, and Tulsa lectureships and at ElderLink. My wife’s name is Denise, and I have four sons, Chris, Jonathan, Tyler, and Philip. I have two grandchildren. And I practice law.
View all posts by Jay F Guin →
This entry was posted in Colossians, Uncategorized. Bookmark the permalink.