Instrumental Music: Is Singing a Command? 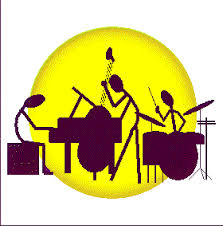 I have many friends who worship with instrumental music who agree that singing is a command (deaf/mute excluded), but believe that there is nothing wrong with instruments aiding their singing.  Their argument is very specific: the addition of the instrument does not violate the command to sing.

In light of that reasoning, I have asked them, “If an instrument prevents one from fulfilling the command to sing, like a trumpet, would you reject its use in Christian worship? One cannot blow the trumpet and sing at the same time.”

Historically, I have been given one of two responses, though I am ready for a third: (1) Yes, they would reject an instrument that prevents one from singing or (2) they change their position and claim that singing is not a command.

Will you give me your opinion on this question, if you have a moment? If you don’t believe singing is a command, can you tell me — from your study — what it is?

My name is Jay Guin, and I’m a retired elder. I wrote The Holy Spirit and Revolutionary Grace about 18 years ago. I’ve spoken at the Pepperdine, Lipscomb, ACU, Harding, and Tulsa lectureships and at ElderLink. My wife’s name is Denise, and I have four sons, Chris, Jonathan, Tyler, and Philip. I have two grandchildren. And I practice law.
View all posts by Jay F Guin →
This entry was posted in Instrumental Music, Uncategorized. Bookmark the permalink.

46 Responses to Instrumental Music: Is Singing a Command?