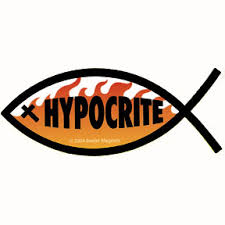 This guy had absolutely no accountability, it seems.  He took off for hours from the church; and when the reporters called the church, no one seemed to know where he was at, other than at ‘an appointment’.

Pastor… it is important for someone to ALWAYS know where you are at.  ALWAYS.  That might seem like a violation of personal freedom; and maybe it is.  But it’s absolutely necessary.

Your assistant and your wife need to know where you are at all times.  We live in the day of smart phones.  A quick phone call or text can confirm your location very quickly.  Heck, even a geo-coded twitter message will do the trick.

No, it’s not good enough that you carry a cell phone and can be reached if needed. And the need for confidentiality with people being counseled does not justify failure to tell your secretary where you are. She may not be allowed to advise callers where you are, but she needs to know. And she needs to be able to tell the people you are accountable to — the elders and fellow staff members in a Church of Christ would be the right rule.

We are all accountable to each other. We made the decision to be accountable when we were baptized.

My name is Jay Guin, and I’m a retired elder. I wrote The Holy Spirit and Revolutionary Grace about 18 years ago. I’ve spoken at the Pepperdine, Lipscomb, ACU, Harding, and Tulsa lectureships and at ElderLink. My wife’s name is Denise, and I have four sons, Chris, Jonathan, Tyler, and Philip. I have two grandchildren. And I practice law.
View all posts by Jay F Guin →
This entry was posted in Sexual Ethics, Uncategorized. Bookmark the permalink.

19 Responses to Ministers Guilty of Sexual Sin: The Three-Strike Pastor