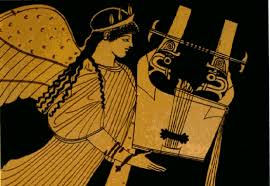 Reader Alexander (a/k/a aBasnar) and I have been discussing the typology of the Temple in New Testament assembly theology. I think the discussion is important enough to include here in the posts. (And I’m not sure that Alexander will disagree with what follows. We’ll see.)

As I’ve said before, I don’t think the Christian assembly is built on the Temple, by being designed to be either like or unlike the Temple. It is its own thing, and closer to the Passover than the Tabernacle or Temple. We Protestants don’t “go to church” to offer a sacrifice. Therefore, the Temple is neither prototype nor antitype of the assembly.)

With this I STRONGLY disagree. Consider the following (well known) texts:

1Co 3:16 Do you not know that you are God’s temple and that God’s Spirit dwells in you?
1Co 3:17 If anyone destroys God’s temple, God will destroy him. For God’s temple is holy, and you are that temple.
(the context here is the church not the individual)

2Co 6:16 What agreement has the temple of God with idols? For we are the temple of the living God; as God said, “I will make my dwelling among them and walk among them, and I will be their God, and they shall be my people.

Eph 2:19 So then you are no longer strangers and aliens, but you are fellow citizens with the saints and members of the household of God,
Eph 2:20 built on the foundation of the apostles and prophets, Christ Jesus himself being the cornerstone,
Eph 2:21 in whom the whole structure, being joined together, grows into a holy temple in the Lord.
Eph 2:22 In him you also are being built together into a dwelling place for God by the Spirit.

1Pe 2:4 As you come to him, a living stone rejected by men but in the sight of God chosen and precious,
1Pe 2:5 you yourselves like living stones are being built up as a spiritual house, to be a holy priesthood, to offer spiritual sacrifices acceptable to God through Jesus Christ.

Heb 3:6 but Christ is faithful over God’s house as a son. And we are his house if indeed we hold fast our confidence and our boasting in our hope.And not one single verse from this list can be understood without having understood the concept of the OT-Temple/tabernacle. Therefore grasping the types and antitypes is crucial for undetrstanding the church and – a s a side issue – for understanding the place of Instrumental music. So far you failed to see this.

I have great respect for Alexander, even though we disagree on a number of things. And in this case, he is certainly right that there is Temple typology in the New Testament, that is, the New Testament authors often refer to Solomon’s temple to teach lessons that apply to the new covenant church. But those references are not about the assembly; they are about the church.

And it’s the individual Christian and the church that are compared to the Temple by the apostles, not the assembly. And this is very important consideration as we consider the New Testament doctrine of worship.

The Temple comparison (typology) is usually about the church as body, not the individual, but both comparisons are made —

Therefore, our bodies are like the Temple in that God, through his Spirit, lives within us in a way similar to God’s dwelling within the Tabernacle and the Temple. He had a special, perceptible presence there.

But, of course, the Tabernacle and Temple were not merely where God dwelled. They were also where God was worshipped. Thus, we shouldn’t be surprised to read Paul say —

(Rom 12:1 ESV) I appeal to you therefore, brothers, by the mercies of God, to present your bodies as a living sacrifice, holy and acceptable to God, which is your spiritual worship.

(Some translations translate latreia as “service,” but in the Septuagint, latreia is the word used of the Passover sacrifice.

(Exo 12:25-27 ESV) 25 And when you come to the land that the LORD will give you, as he has promised, you shall keep this service. 26 And when your children say to you, ‘What do you mean by this service?’ 27 you shall say, ‘It is the sacrifice of the LORD’s Passover, for he passed over the houses of the people of Israel in Egypt, when he struck the Egyptians but spared our houses.'” And the people bowed their heads and worshiped.

Our worship consists not merely of quiet meditations and elevated thoughts, but in what we do with our bodies. We could very profitably take this verse as the theme for Romans 12-15 and reflect on how those chapters teach us to worship. They, of course, address congregational life, loving one another, and serving one another with the gifts received from the Spirit that dwells within our bodies. They don’t say much about singing or whether announcements have to be made before the opening prayer to avoid having a prohibited sixth act of worship.

[To be continued. The next post considers in detail the passages Alexander cites.]