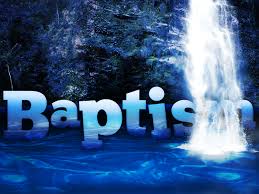 I’m an Olan Hicks fan. Br. Hicks has written extensively on divorce and remarriage, advocating a generous, gracious view contrary to the usual legalism. As a result, he’s suffered all sorts of criticism, even being profiled as “apostate” by Contending for the Faith.

Br. Hicks is also a blogger. He has recently concluded an exchange with Al Maxey regarding baptism, in which Hicks challenges Maxey’s “salvation before baptism” doctrine.

I regret that Hicks labels both Maxey and Edward Fudge as “liberals,” and so he likely feels the same about me. Even if Hicks disagrees with Maxey and Fudge, neither is a theological liberal. Indeed, it would be far fairer to call them “evangelicals.” Both would stoutly object to the theology of such true liberals as Rudolf Bultmann and Paul Tillich. And it’s a strange world where we label evangelicals as liberals.

I am not a liberal. But Br. Hicks disagrees with my views on baptism, and I’m delighted to read and consider his views. He sent me a brief article explaining his disagreement, and I requested and received permission to post the article here for comment. I have advised him of this posting, so he may participate in the discussion if he wishes.

In other words, I think that the Bible is quite clear that (a) it’s God’s design that those who are baptized will receive the Spirit and be saved at the same time but (b) it is also God’s promise that all with penitent faith in Jesus Christ will be saved. Hence, God will make exceptions in the proper case.

Unfortunately, many assume that since I don’t teach conventional 20th Century Church of Christ theology, holding closer to Alexander Campbell’s view in the Lunenburg letter correspondence, that my views must be the Baptist view. After all, Church of Christ rhetoric has been aimed at the Baptist view since the founding of the Firm Foundation over 100 years ago.

WHAT IS THE MISTAKE?

One central mistake drives those who deny that God gives salvation when one is baptized. It is a mistake in logic, flawed reasoning, actually a lack of faith. Reasoning on the fact that we are saved “by grace through faith, not of works,” they separate baptism from the promise Jesus attached to it, (Mark 16:16) the same promise Peter attached to it in Acts 2:38. What is the mistake that does that? They misdefine “faith.” In Hebrews 11:6 we have the necessity of faith stated and its definition given. “Without faith it is impossible to please Him. For he who comes to God must believe that he is and that He is a rewarder of those who diligently seek him.”

There is no question that those who deny salvation at baptism do so on the basis of a denial of this statement, the second part of it. They do not believe that God rewards our obedience. According to this passage that is a fatal mistake. One cannot please God without faith and this is what God’s word says faith is. When I quoted this passage to Al Maxey he replied, “It sounds like you are saying that God rewards us for what we do. That would mean that my salvation depends on what I do. That is as false a doctrine as there is.”

On the other hand Paul, who believed that his sins were washed away at baptism, (Acts 22:16) explained what faith is to persons who are baptized into Christ. “Buried with Him in baptism, where in also you are risen with Him through FAITH IN THE WORKING OF GOD, who raised Him from the dead.” (Col. 2:12) Their faith was not in the power of baptism itself. It was faith in the working of God. To see baptism as standing alone, on its own merits, apart from the power of God’s promises, is unbelief in that it denies a specific statement of God. It is the kind of unbelief that leads faulty thinkers to very wrong conclusions of the sort that will be eternally fatal. Those who follow that route will learn, after it is too late, that the first part of that statement is also true, “Without faith it is impossible to please God.” Place your faith in God, believing not only that HE IS but also that He will reward the faithful according to His promises. You will be saved by that kind of faith.

My name is Jay Guin, and I’m a retired elder. I wrote The Holy Spirit and Revolutionary Grace about 18 years ago. I’ve spoken at the Pepperdine, Lipscomb, ACU, Harding, and Tulsa lectureships and at ElderLink. My wife’s name is Denise, and I have four sons, Chris, Jonathan, Tyler, and Philip. I have two grandchildren. And I practice law.
View all posts by Jay F Guin →
This entry was posted in Acts, Acts, Uncategorized. Bookmark the permalink.