The Pain of Disappointment, Part 8 (Toward a More Christian Christianity, Part 2) 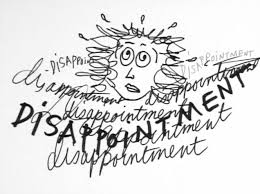 I suppose this would be a great place to re-teach the doctrine of hell, but I’ve done that already — several times.

I’ll come back to hell before we’re through, but let’s talk about the blessings of salvation. You see, much of our problem with understanding hell is that we don’t understand salvation. After all, we do tend to think that “salvation” means “escaping hell.” And that’s not so much false as an extremely shallow way to look at things.

I mean, is your marriage defined as “escaping singleness”? How would that make your spouse feel? And so how do you suppose God reacts to our seeing “salvation” as about escaping hell?

Going to heaven when we die

N. T. Wright’s Surprised by Hope: Rethinking Heaven, the Resurrection, and the Mission of the Church

is a book of dramatically important significance for the modern church. I posted a series on the book a while back. There’s a lot that could be profitably repeated here. But I want to focus on just a couple of ideas.

First, when Jesus returns, he won’t destroy the earth and whisk us away to heaven. That is just not what the Bible says. Consider —

(Rom 8:18-23 ESV)  18 For I consider that the sufferings of this present time are not worth comparing with the glory that is to be revealed to us.  19 For the creation waits with eager longing for the revealing of the sons of God.  20 For the creation was subjected to futility, not willingly, but because of him who subjected it, in hope  21 that the creation itself will be set free from its bondage to corruption and obtain the freedom of the glory of the children of God.  22 For we know that the whole creation has been groaning together in the pains of childbirth until now.  23 And not only the creation, but we ourselves, who have the firstfruits of the Spirit, groan inwardly as we wait eagerly for adoption as sons, the redemption of our bodies.

The revealing is the undoing of a time of futility, bondage, and corruption — to be replaced with freedom and glory.

During this time of futility, bondage, and corruption, the creation groans as though in the pains of childbirth. The painful present is prelude to a glorious future — a future in which the church will be adopted as God’s sons and our bodies will be redeemed.

The presence of the Spirit among us today is proof that God will keep the rest of his promises. The Spirit is a foretaste of the future, the firstfruits of what is to come.

Now, we should take this highly metaphoric language and read it in light of what we know about the scriptures. The creation was subjected to futility, bondage, and corruption when Adam and Eve sinned and were cast out of the Garden. This is plainly a reference to the Curse on all Creation by God due to human sin.

The cure for the curse is not just fire but revelation of our hidden glory. God has given his Spirit to his children. The children still look very much human and frail — but hidden within them is the Glory of God, the bright shining presence of the Spirit, which will be revealed at the end and prove the church to be God’s children.

(Dan 12:2-3 ESV)  2 And many of those who sleep in the dust of the earth shall awake, some to everlasting life, and some to shame and everlasting contempt.  3 And those who are wise shall shine like the brightness of the sky above; and those who turn many to righteousness, like the stars forever and ever.

(Phi 2:14-15 ESV) 14 Do all things without grumbling or disputing,  15 that you may be blameless and innocent, children of God without blemish in the midst of a crooked and twisted generation, among whom you shine as lights in the world,

The fire of God’s wrath, thus, does not so much destroy the earth as purify it. The dross, the impurities, and the wickedness will be purged, revealing a perfect, glorious world.

(1Co 3:12-15 ESV)  12 Now if anyone builds on the foundation with gold, silver, precious stones, wood, hay, straw — 13 each one’s work will become manifest, for the Day will disclose it, because it will be revealed by fire, and the fire will test what sort of work each one has done.  14 If the work that anyone has built on the foundation survives, he will receive a reward.  15 If anyone’s work is burned up, he will suffer loss, though he himself will be saved, but only as through fire.

There will be a fire — but righteous works will survive, the fire revealing what is holy and what is not.

(Act 3:19-21 ESV)  19 Repent therefore, and turn back, that your sins may be blotted out,  20 that times of refreshing may come from the presence of the Lord, and that he may send the Christ appointed for you, Jesus,  21 whom heaven must receive until the time for restoring all the things about which God spoke by the mouth of his holy prophets long ago.

(Rev 21:1-5 ESV) Then I saw a new heaven and a new earth, for the first heaven and the first earth had passed away, and the sea was no more.  2 And I saw the holy city, new Jerusalem, coming down out of heaven from God, prepared as a bride adorned for her husband.  3 And I heard a loud voice from the throne saying, “Behold, the dwelling place of God is with man. He will dwell with them, and they will be his people, and God himself will be with them as their God.  4 He will wipe away every tear from their eyes, and death shall be no more, neither shall there be mourning, nor crying, nor pain anymore, for the former things have passed away.”  5 And he who was seated on the throne said, “Behold, I am making all things new.” Also he said, “Write this down, for these words are trustworthy and true.”

The Revelator shows us a clear picture of God descending from heaven, along with the New Jerusalem, to live with mankind on earth. The promise is to make all things new — to return the world to like-new condition.

This, John says, is the “new heaven and a new earth.” But “new” translates a world often used to mean “renewed.” It’s a reference to a prophecy of Isaiah —

(Isa 66:20-24 ESV)  20 “And they shall bring all your brothers from all the nations as an offering to the LORD, on horses and in chariots and in litters and on mules and on dromedaries, to my holy mountain Jerusalem, says the LORD, just as the Israelites bring their grain offering in a clean vessel to the house of the LORD.  21 And some of them also I will take for priests and for Levites, says the LORD.

22 “For as the new heavens and the new earth that I make shall remain before me, says the LORD, so shall your offspring and your name remain.  23 From new moon to new moon, and from Sabbath to Sabbath, all flesh shall come to worship before me, declares the LORD.

24 “And they shall go out and look on the dead bodies of the men who have rebelled against me. For their worm shall not die, their fire shall not be quenched, and they shall be an abhorrence to all flesh.”

When the End of Time comes, Isaiah promises that all nations will worship God in Jerusalem, and that Jerusalem will be in an existence called the “new heavens and the new earth.”

However, God’s enemies will be defeated, will die, and they will not be reborn or resurrected. Their corpses will be an eternal testament to the futility of rebellion against God. (No perpetual, conscious torture — just a very, very painful and permanent death, a death with no possibility of resurrection.)

(Isa 65:17-1 ESV)  17 “For behold, I create new heavens and a new earth, and the former things shall not be remembered or come into mind.  18 But be glad and rejoice forever in that which I create; for behold, I create Jerusalem to be a joy, and her people to be a gladness.  19 I will rejoice in Jerusalem and be glad in my people; no more shall be heard in it the sound of weeping and the cry of distress.  20 No more shall there be in it an infant who lives but a few days, or an old man who does not fill out his days, for the young man shall die a hundred years old, and the sinner a hundred years old shall be accursed.  21 They shall build houses and inhabit them; they shall plant vineyards and eat their fruit.  22 They shall not build and another inhabit; they shall not plant and another eat; for like the days of a tree shall the days of my people be, and my chosen shall long enjoy the work of their hands.  23 They shall not labor in vain or bear children for calamity, for they shall be the offspring of the blessed of the LORD, and their descendants with them.  24 Before they call I will answer; while they are yet speaking I will hear.  25 The wolf and the lamb shall graze together; the lion shall eat straw like the ox, and dust shall be the serpent’s food. They shall not hurt or destroy in all my holy mountain,” says the LORD.”

Again, Isaiah equates a restored, holy Jerusalem with new heavens and new earth. The parallels with the end of Revelation are obvious. They are talking about the same thing.

Genesis begins with “God created the heavens and the earth.” Isaiah promises a “new heavens and new earth.” Revelation says this happens at the end of time, when Jesus returns and God descends from heaven to live with mankind.

The language of God dwelling with man is borrowed from the Torah, especially Exodus, in which God often spoke of living among his people as they traveled through the desert to the Promised Land.

Thus, the new heavens and new earth, Jerusalem, Promised Land, and Eden all coalesce to represent a land in which God’s people live in perpetual bliss with God himself. These are all places inhabited by God among his people.

From the Creation 2.0 series, we should recall that God created the Creation as a temple for himself. Obviously, the tabernacle traveled with the children of Israel through the desert to the Promised Land, and Jerusalem is where the Temple was built. God lived among his people in the Creation, in Eden, in the tabernacle, and in the Temple (in Jerusalem).

These are all symbols for the unity of heaven with earth, of God with man. It’s about theosis — the joining of God and man in a perfect oneness.

And so the image is that God re-creates the creation so that God may dwell with man forever.

It’s not fleeing a wicked, corrupt world but the world being transformed and made holy — holy enough for God himself to live there with mankind.

And until then, the church is a preview of the new heavens and new earth, because God already lives among us through his Spirit. Already some piece of the Triune God is on earth and living and walking among his people. Already the process of redemption is taking place. Already the new creation is beginning to burst forth.

One Response to The Pain of Disappointment, Part 8 (Toward a More Christian Christianity, Part 2)