On the other hand, as clear as it seems to be that Paul is looking ahead to the Second Coming, Paul’s language leaves us to wonder what he means when he writes,

“Abide” in contrast to what? In fact, BDAG (the premier lexicon of New Testament Greek) translates “abide” as “continue to exist.” Compare,

(2Co 3:11 NIV) And if what was transitory came with glory, how much greater is the glory of that which lasts [abides or remains]!

And so, is Paul saying that tongues and prophecy and knowledge will  last until the Second Coming, but faith, hope, and love will survive? That seems to be the natural interpretation.

Moreover, if these “abide” in contrast to tongues, prophecy, and knowledge, and if these three things “pass away” in eschatological language, as shown in Part 1, they must last — in some sense — until the Second Coming.

The problem this raises is how hope and faith might be said to “abide” or “remain” after the Second Coming.

The traditional argument (made by such very responsible exegetes as Harvey Floyd in Is the Holy Spirit for me?: A search for the meaning of the Spirit in today’s church

The logic seems, well, impeccable — except it’s just not what Paul actually says in 1 Cor 13. He says that faith, hope, and love remain after tongues, prophecy, and knowledge are destroyed/pass away at the Second Coming. The language is plain enough. Therefore, we’ve misread the passages that seem to say that faith and hope end at the Second Coming.

It’s easy to miss this. Let’s look at the key passage once again —

(1Co 13:8-13 ESV) Love never [falls in damnation]. As for prophecies, they will [be destroyed at the Second Coming]; as for tongues, they will cease; as for knowledge, it will [be destroyed at the Second Coming].  9 For we know in part and we prophesy in part,  10 but when the perfect comes, the partial will [be destroyed at the Second Coming].  11 When I was a child, I spoke like a child, I thought like a child, I reasoned like a child. When I became a man, I gave up childish ways.  12 For now we see in a mirror dimly [ainigma = in riddles], but then face to face [as God spoke to Moses]. Now I know in part; then I shall know fully [as Moses knew God], even as I have been fully known.  13 So now faith, hope, and love abide [continue in existence], these three; but the greatest of these is love.

In Part 1, we saw that “pass away” in verses 8, 9, and 10, katargeō in the Greek, is used repeatedly by Paul of the destruction that will come at the Second Coming.

(1Co 6:13 ESV)  “Food is meant for the stomach and the stomach for food”– and God will destroy both one and the other. The body is not meant for sexual immorality, but for the Lord, and the Lord for the body.

In fact, the Greek is passive, meaning “pass away” (active voice) is a bad translation. To be passive, the verb must be “will be destroyed” rather than “pass away.” And it’s hard to imagine Paul saying that God will “destroy” prophecy when the canon is completed or the last apostle dies.

Moreover, “face to face” is language from the Torah for a direct, intensely personal encounter with God. It’s not speaking of reading about God in a book, even an inspired and most holy book. Paul’s language intentionally echoes Num 12:6-8–

(Num 12:6-8 NET)  6 The LORD said, “Hear now my words: If there is a prophet among you, I the LORD will make myself known to him in a vision; I will speak with him in a dream.  7 My servant Moses is not like this; he is faithful in all my house.  8 With him I will speak face to face, openly, and not in riddles [ainigma]; and he will see the form of the LORD. Why then were you not afraid to speak against my servant Moses?”

Ainigma, from which we get “enigma,” is translated “riddles” in Numbers 12 and “dimly” in 1 Cor 13, but it’s the identical Greek word — demonstrating clearly Paul’s allusion to Numbers 12.

Hence, Paul is speaking of a time when all Christians will have the knowledge of God that Moses enjoyed. Moses was considered the greatest of all Old Testament prophets.

According to Leviticus Rabbah 1:14 [a Midrash] there was a debate regarding the difference between Moses and the other prophets based on Numbers 12:8. Both sides held that Moses, like the other prophets, saw the Lord through a mirror, reading the word for “appearance” in Numbers 12:8 as though it meant “mirror,” another meaning of the word used for “vision” in Numbers 12:6 (the two words were written the same way in unpointed Hebrew, but pronounced slightly differently).

Some thought the difference was that the other prophets saw the Lord through a series of mirrors, while others thought Moses saw the Lord through a polished mirror while the other prophets saw him through a blurred one. … Paul’s reference to a mirror in the context of an allusion to the same text would be a strange coincidence if he does not share some interpretive tradition with its authors. …

The conclusion of Leviticus Rabbah 1:14, however, seems to suggest the same hope that Paul had, namely, that in the eschaton all would have an experience similar to that of Moses. “R. Phinehas said in the name of R. Hoshayah: This may be compared to a king who allowed himself to be seen by his close friend [only] by means of his image.

In this world the Shekinah [God’s glory] manifests itself only to chosen individuals; in the Time to Come, however, ‘The glory of the Lord shall be revealed, and all flesh shall see it together; for the mouth of the Lord hath spoken it’” (citing Isa. 40:5). The contrast between this age and the age to come matches Paul’s thinking precisely.

In short, Paul, a Jewish rabbi, uses “face to face,” “dimly,” and “fully known” to refer to a passage from which the rabbis concluded that God will only again be seen face to face in the Age to Come.

The more we look at the language of 1 Cor 13, the clearer it is that the Second Coming is in mind. 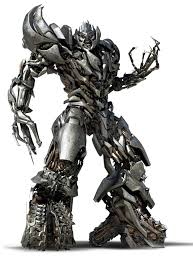 BDAG (the premier lexicon of New Testament Greek) defines “abide” here as “continues to exist.” We might say “persists.” And in context, this is plainly in contrast to those things that are to be destroyed (“will pass away”). The contrast is plain when the passages are read together.

Moreover, Paul does not say that love will last longer than faith or hope. He says love is “greater” (meizon, from megas — think “megatron”). There is nothing in the word to suggest a longer duration, and Paul’s point is not that love lasts longer but that love is the greatest (most valuable) of all God’s good gifts. (Megatron does not get his name due to how long he lasts.)

My name is Jay Guin, and I’m a retired elder. I wrote The Holy Spirit and Revolutionary Grace about 18 years ago. I’ve spoken at the Pepperdine, Lipscomb, ACU, Harding, and Tulsa lectureships and at ElderLink. My wife’s name is Denise, and I have four sons, Chris, Jonathan, Tyler, and Philip. I have two grandchildren. And I practice law.
View all posts by Jay F Guin →
This entry was posted in Holy Spirit and Providence, That Which Is Perfect, Uncategorized. Bookmark the permalink.