The classic philosophic problem with regard to believing in God is: How can a good God let bad things happen? I’m sure you’ve heard it before.

There have been books and songs and poems written to wrestle with this difficult problem. I would like to suggest a difficult but simple solution.

We tend to assume that God is bound by an external moral code that judges whether God is “good” or “bad.” But God is bigger than any moral code. Indeed, he defines morality. Whatever he does is, by definition, good.

Then why not heal every blind man in Palestine? Why just the guy in John 8 and 9? How does he get to be lucky?

And here’s the turning point in the argument. God is not morally bound to help anyone. He helps those he chooses to help out of love or whatever other motivation he may have. But he is not obligated to help everyone.

It’s a hard thing to say, but it’s obviously true because, well, God doesn’t help everyone. 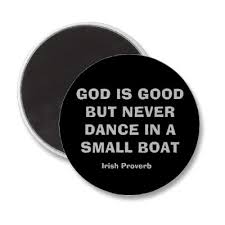 I really don’t care to argue the point. I have a pretty nasty case of systemic arthritis. I’ve had it for years. I’m not happy about it. “My grace is sufficient for thee” sounds really profound until you can’t sleep due to the pain.

A delightful young couple at church just lost their newborn baby to a brain bleed. God’s grace really is sufficient, but I doubt seriously they feel that way.

We can philosophize about how “God has a plan,” and maybe the death of that baby is a necessary thing for God’s master plan, but I’m not willing to buy that argument. It’s not really in the Bible, you know.

Now, unquestionably, God can take infant deaths and disease and redeem them to become beautiful, God-glorifying things. He’s doing that right now in Connecticut. But the fact that God can and does redeem evil hardly means that he wills the evil.

The question, then, isn’t whether it’s true but: why is it true? Let’s bring it down to human terms.

Here’s the deal. For being gracious to be meritorious, indeed, to be grace, it must be voluntary. It can’t be constrained by outside laws.

This is the core flaw of religious legalism. It takes away the good from goodness. By making generosity a condition for avoiding hell and earning heaven, generosity becomes self-interested. The purpose of generosity is thus to rescue ourselves from the flames. Generosity thus becomes selfish. And so, even generosity isn’t good in a legalistic world. It’s why legalism can become damnable. (See Paul’s Epistle to the Galatians for more on the point.)

Just so, if we impose on God a legal structure where he may be judged by whether he is generous, then his generosity is no longer voluntary. Rather, if he is generous only because there’s a rule that it’s evil or bad not to be generous then he is acting according to a law, not out of a truly voluntary generosity. And that wouldn’t be, you know, generous.

But if we concede at the outset that grace is not compelled by morality, then a lack of grace cannot be immoral. Crazy, I know, but the logic seems unassailable (although it always worries me when I reach such a point in an argument). 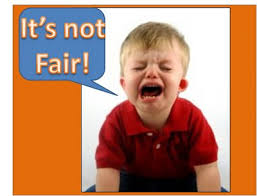 Again, my fingers ache as I type. I’d prefer that he’d heal me just like he healed the blind man. That would be fair (in the sense in which four-year olds use the term), but God just doesn’t have to do it, and it’s not really unfair (I don’t deserve the healing, much less his salvation), and I need to get over it.

I’ll keep praying, but there’s no room for bargaining, because, well, God’s grace really is sufficient. I wouldn’t trade it for all the pain-free days I could conceivably live before God gives me a trade-in body in the new heavens and new earth.

So this sounds oddly like Calvinism, except, you see, if you think of it this way, you don’t have to give up free will to believe in God’s ultimate, total sovereignty.

Now, this view of God’s fairness does not solve all the deep philosophical questions, but it puts us on a much better, more serious plane from which to attack them.

For example, why does God do good? And that, dear readers, is a very good question. Why does God choose to do good when he is not obligated to be good by some Super-Authority? Well, because he loves us.

Then, why not do all the good imaginable? Because God’s imagination is wiser than ours. He knows what would happen if he gave us heaven without our having to have faith. We’d be like some of our own children — over-indulged, spoiled, and rotten. Perhaps most importantly, like some of our children, we’d be lousy company for all eternity. And I’m convinced that part of the Christian walk is about our learning how to become like God so that we’ll be suitable candidates to live with each and God forever. He wants grown up, self-disciplined, mature company — surely. Wouldn’t you?

(Have you been to a restaurant and spent an hour next to over-indulged, undisciplined children? Would you want that experience to last for all eternity? Wouldn’t you rather be crushed into non-existence? God wants us to grow up by having to deal with real, grown up problems in real, grown up ways.)

Why should we, his followers, do good? Solely out of love. Not to go to heaven. Not to avoid hell. Not to satisfy some imagined standard of right and wrong, but out of love.

Thus, just as you want your children to grow up to be mature, good people who graciously love others as a freely chosen choice, you realize that they are born into the world with no desire to share. Therefore, we insist that they share, expecting that, over time, the discipline will be internalized into their character.

The goal is a gracious character that has learned, through experience, the joys of generosity. The path to get there is a lifetime of good examples from parents, siblings, and friends, patient instruction, and some time spent in the time-out chair. Maybe even a blistered little bottom now and then.

We are no better than our own children. When we voluntarily submit to God in faith, we also submit to his community, his instruction, and his discipline (yep). The childish among us imagine that we’ve made a deal where we’re freed from pain and promised a lifetime of convenient parking spaces, but that’s not the real world. It’s harder than that — and infinitely more rewarding.

Just as we’d be horrible, unloving parents to refuse to discipline our children, God cannot, consistently with love, refuse to discipline us. Moreover, like a wise parent, when bad things happen, God helps us learn from those and grow rather than being defeated and remaining in an infantile state.

In short, as we approach theosis, we approach the ideal: being good solely because it’s a choice we make — because we have the wisdom and patience to know that being gracious is the most loving choice, because we love others. And the love means we find great joy in generosity — but we’ll be generous even when it’s not very fun, because that’s God’s nature, too.

But will we be under a Divine Rule to always be gracious? Well, no. There are choices that we must inevitably make. We may require our children to pay or help pay for college, to help them value the education and get more out of it. Sometimes saying “no” is gracious.

We can’t help everyone. God hasn’t given us the resources or the time. We have to choose whose house to rebuild after a tornado, which child to adopt, which missionary to support, which ministry to volunteer in. In fact, we may say “no” a thousand times for every “yes.”

And then we’ll be horribly unfair. And that’s okay for the truly gracious.

My name is Jay Guin, and I’m a retired elder. I wrote The Holy Spirit and Revolutionary Grace about 18 years ago. I’ve spoken at the Pepperdine, Lipscomb, ACU, Harding, and Tulsa lectureships and at ElderLink. My wife’s name is Denise, and I have four sons, Chris, Jonathan, Tyler, and Philip. I have two grandchildren. And I practice law.
View all posts by Jay F Guin →
This entry was posted in Calvinism, John, Uncategorized. Bookmark the permalink.