Jesus was circumcised, looked like Jew, and wore Jewish clothing. He was not pretty. He was not even ruggedly handsome. He was, at best, ordinary looking — ordinary enough to disappear into a crowd and to be so difficult to pick out from among the thousands of pilgrims in Judea that Judas had to be paid to identify him.

He washed himself before going to the Temple. He offered the required sacrifices (not to obtain forgiveness, of course, but to obey or out of gratitude — there were lots of reasons to offer a sacrifice). He attended the Jewish feasts, including those feasts, such as Hanukkah, invented by man without biblical authority of any kind.

Jesus ate kosher. He celebrated Passover. He didn’t work on the Sabbath (except as “work” was wrongly defined by the Oral Law). He wore a prayer shawl with 613 tassels or fringes, to remind him of the 613 laws of the Torah.

Here’s how he dressed —

The undergarment was called a “tunic”. The outer garment was called a “mantle” – it was loose fitting with fringes, bound by blue ribbon. Men wore a belt – a four-inch wide leather belt or cloth “girdle”. If one was wearing only an undergarment, then he was said to be “naked” or “stripped”. If one was wearing only an undergarment (tunic) and belt, they were said to be wearing a “loincloth”. The phrase “to gird your loins” meant that the tunic was pulled up between the legs and tucked into the belt. People also wore sandals on their feet, and a white cloth over their head, hanging to their shoulders. This cloth protected them from the sun.

Ordinary people wore a kerchief over the head, held tight by a cord reminiscent of the Arab headdress, the ‘aggal. When bareheaded, men wore a fillet to keep their long hair in place. A skull cap or turban was also  typical. The peasant or soldier seems to have wound a simple strip of cloth  around the head, leaving one fringed end to hang over the right ear. …

In those days, Jewish teachers covered their heads, so Jesus may have worn a white linen “napkin” sudarium like a turban. The sudarium was a kind of head kerchief, and is mentioned as a covering for the heads of the dead (John 11:44; 20:7).

Bathing was a weekly ritual, typically practiced on Friday to prepare for the Sabbath. Thus, a Jew might bathe for cleanliness and then immerse himself in a mikveh for the sake of ritual purity.

Although as previously said, some scholars argue for long hair, I’m increasingly persuaded that Jesus wore his hair short. For example —

A frieze on Rome’s Arch of Titus, built after the Romans destroyed Jerusalem in A.D. 70 depicts captive Jewish men. All had short hair.

And the other evidence of the time certainly suggests short hair.

He ate dinners with friends lying on a low couch, arranged around a low table.

In short, Jesus looked and dressed little like the paintings we plaster all over our Sunday school classes and insert into our family Bibles.

Why does this matter? Well, because pictures are very powerful things. When someone says “Jesus,” we inevitably conjure up an image from a Sunday school was or Bible insert. And that image defines for us the person under discussion, long before we have a chance to actually think about him.

As a result, we unconsciously want to see Jesus as effeminate, or other-worldly-spacy, or meek to the point of simpering. And we see him as a blue-eyed, wavy-haired Northern European, because, well, most of us are of European ancestry and so that just feels more comfortable.

It’s as silly as painting Jesus as black or Oriental or whatever. He was a Jew and for very real reasons — the Jews were God’s elect people. 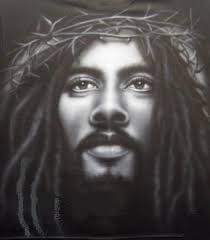 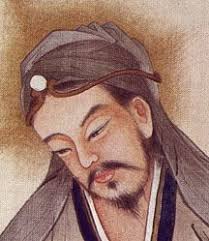 same as their audience. They present an African Jesus to Africans and a Chinese Jesus to the Chinese — just as we’ve long presented a European Jesus to whites. And it’s all equally wrong.

As soon as we decide we have to re-create Jesus in our own image for him to be believed, we’ve cheapened the gospel. After all, if our converts can’t accept Jesus as a Jew, then our converts just might remain bigoted against Jews. And others. And that’s deeply, deeply sinful — indeed, about as anti-gospel as anything can be.

Therefore, we should revel in the differentness of Jesus! Yes, he’s not an American. Yes, he’s not European! Yes, he didn’t speak English! Yes, he wasn’t pretty! But he loves us anyway as his brothers and sisters. Jesus crosses all those lines — easily and without hesitation. Therefore, so must we.

The tendency most people have to distrust and dislike those who look, speak, and act differently is in fact a barrier to conversion. But if someone is converted without taking a step beyond that tendency, it’s just not much of a conversion.

I think God chose to shape history so that Jesus — our Savior — would come to earth as a member of a race that was detested by many Romans and, later, by many Europeans — not so that the gospel would be hard to accept, but so that, once accepted, we’d leave our bigotries and prejudices behind.

Therefore, by re-imagining Jesus as looking and acting just like us, we defeat one of the core purposes of the gospel.

The plan, you see, is for us Gentiles to become descendants of Abraham — Jews — not for Jesus to become European.

(Col 3:11 NET)  11 Here there is neither Greek nor Jew, circumcised or uncircumcised, barbarian, Scythian, slave or free, but Christ is all and in all.